Hans Christian talks about his instruments:

"I currently own five celli (each one described below).  Who would have known that my life changed on January 20th, 1970, when I had my first cello lesson...

The 'Gypsy cello'
I bought this cello in Hannover, Germany in 2005 and had it extensively restored by Field violinworkshop (Highland Park IL). A number of unique features indicate an older age (<200 years). The instrument is slightly smaller than a standard full size cello and shows a neck graft that was done a long time ago. The old scroll was retained and the neck replaced, possibly to standardize the scale length. The two piece back is made of spalted maple, the margins are maple, and the top is spruce. The varnish is dark with variances in color caused by wear, but it is in good condition. There are various older cracks and scuffs but no new cracks have shown up since the repair work in 2005. The tone is full in the lowest register and pronounced in the upper positions. This cello is exclusively used for recordings- it never leaves the recording studio. If you hear me play on a recording that was done after 2005, you are most likely hearing this instrument.

The 'Adolph Pfretschner' cello
This instrument is labelled "Adolph Pfretschner, Stettin 1910", and I am only the second owner. The instrument was given to me in 1973 for my confirmation and is the first instrument that I ever owned. The prior owner bought the instrument new around 1912 from the maker and played it throughout her professional life. She hand carried this instrument during the Second World War while fleeing the advancing Soviet army. I brought this instrument to the USA when I first arrived in 1982, along with a pair of socks and three hundred bucks in my pocket. This cello has been through a lot, including two major damages during flights. It is now fully restored and plays "second fiddle" in recording situations where I need a contrast instrument. It never leaves the studio.

The 'Markneukirchen' cello
In 2016 I found another lovely instrument in Hannover, Germany and purchased it for its incredible playability. Estimated by a local luthier to be about 120 years old and made in a small instrument workshop in the Markneukirchen area of Germany, this instrument is rather soft, buttery, and extremely playable. It shows no cracks at all and is very solid. I had to have it!

Carbon Fiber cello
My main instrument for concerts is a Luis&Clark carbon fiber cello. This full sized instrument has been a godsend for my travels because of its inherent resistance to temperature and humidity changes. I can check it as luggage when packed in a large BAM double cello case. The instrument plays like a Ferrari and sounds awesome, too. I never record with it, though. That's the job for the old folks above.

Electric cello
I occasionally travel with a Yamaha Silent Cello, a foldable solid body instrument that is extremely convenient  for travel. Because it is solid body it doesn't feed back, even at loud stage volumes. I used to play this instrument often while touring with RASA. You may see me with it onstage at Bhaktifest or other larger festivals."

﻿The Gypsy cello
Click on images below for expanded view. 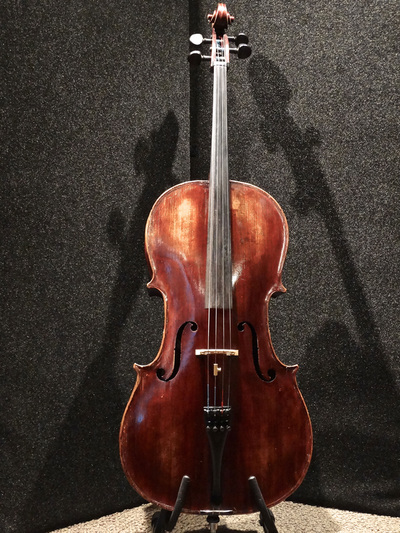 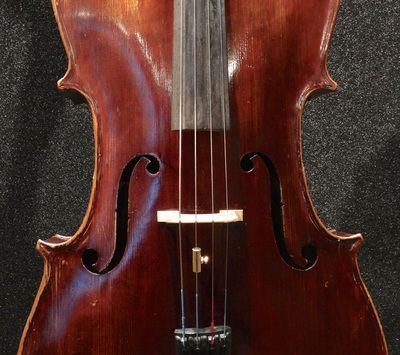 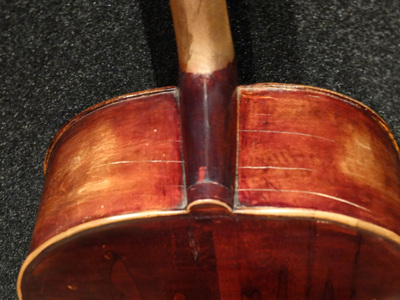 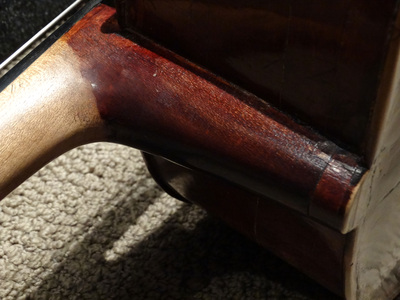 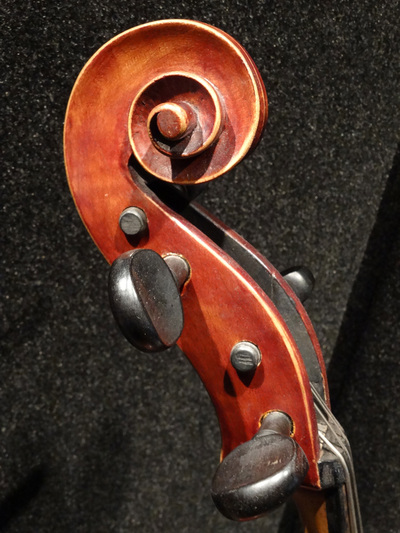 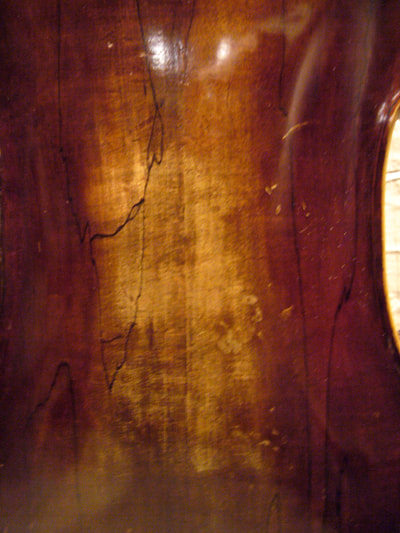 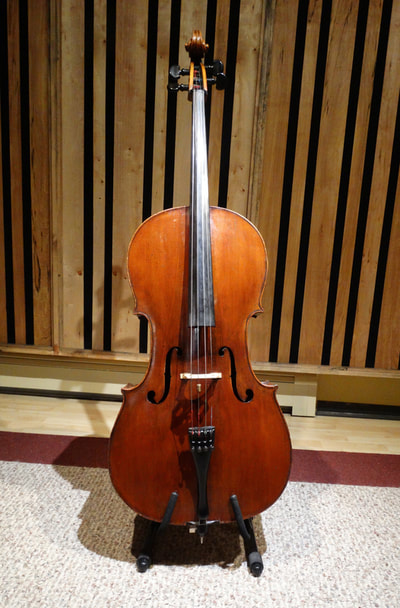 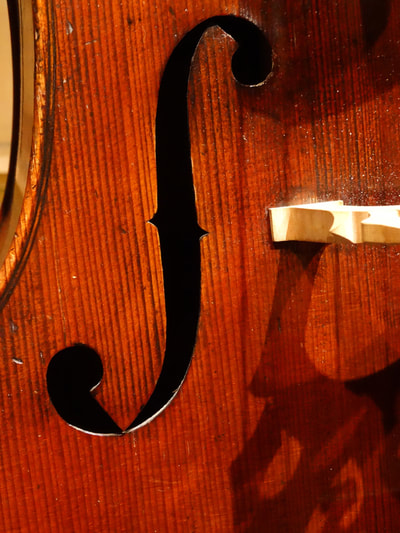 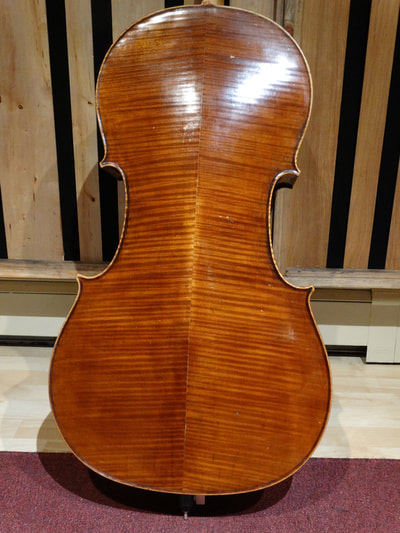 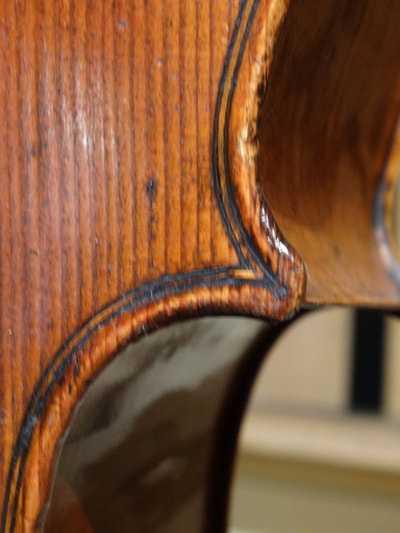 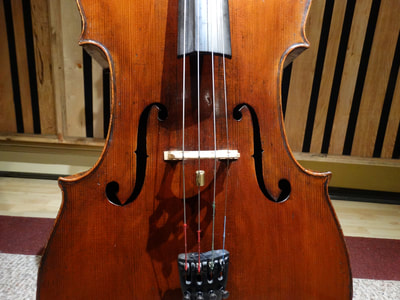 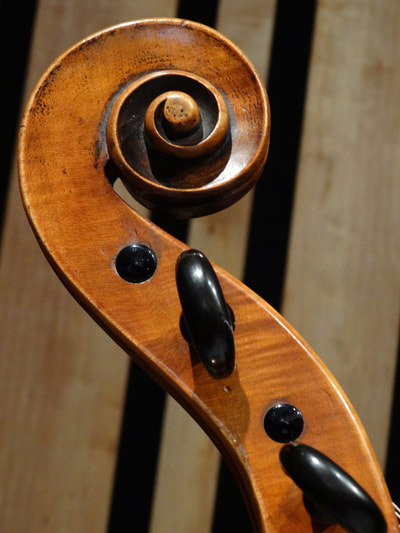 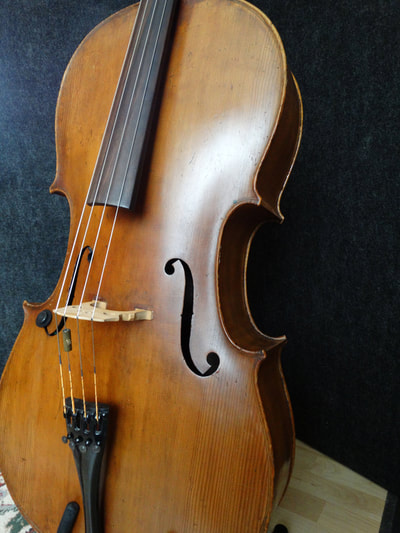 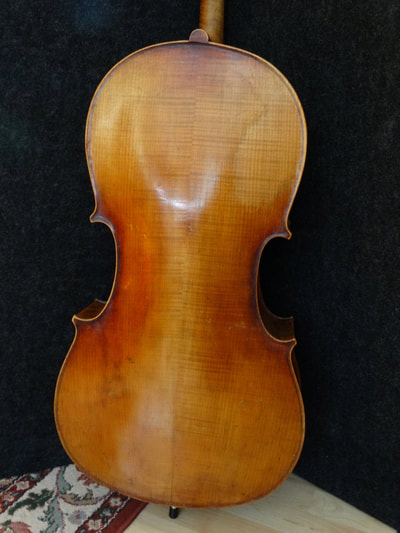 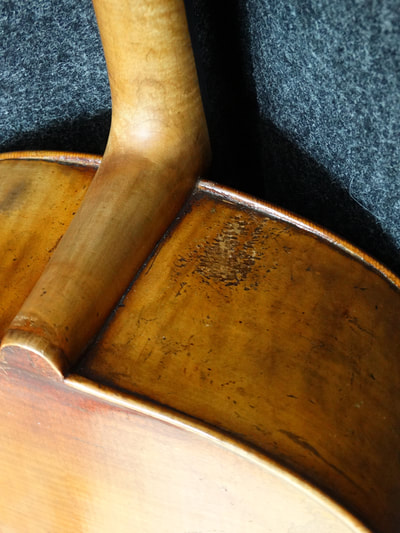 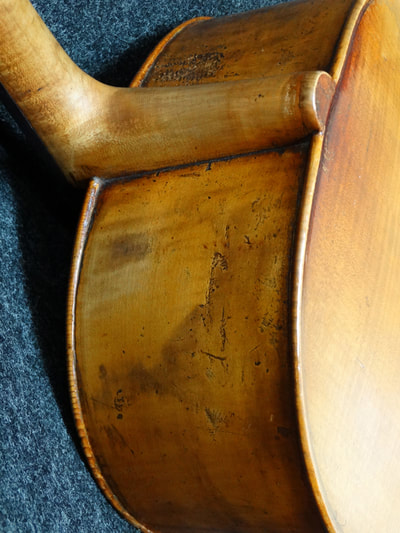 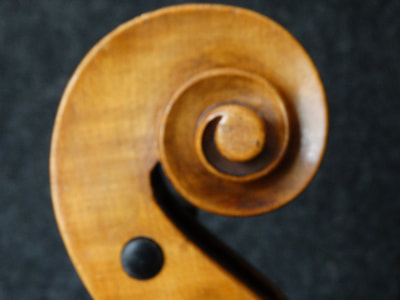 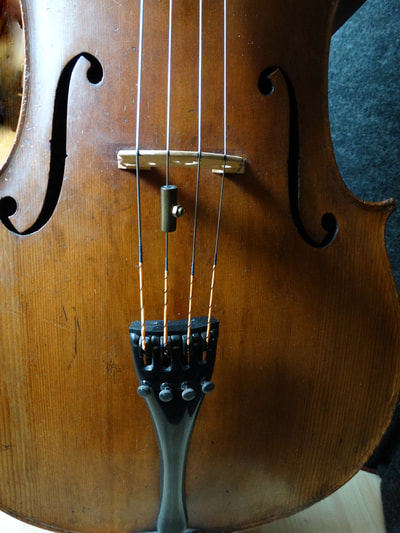 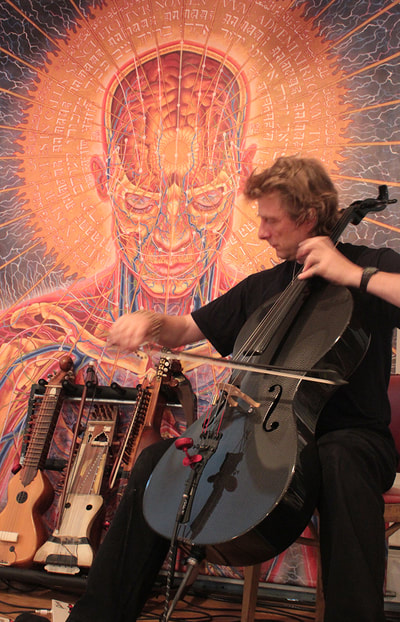 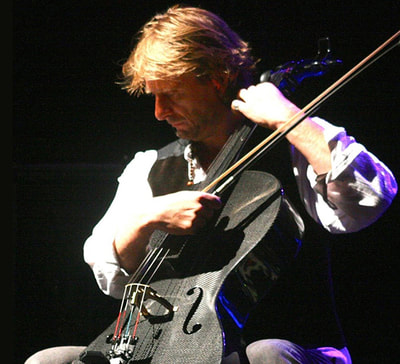 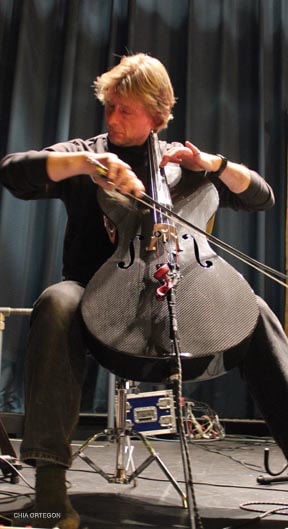 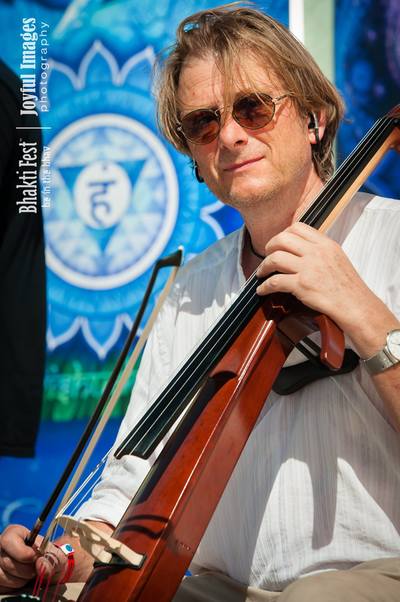 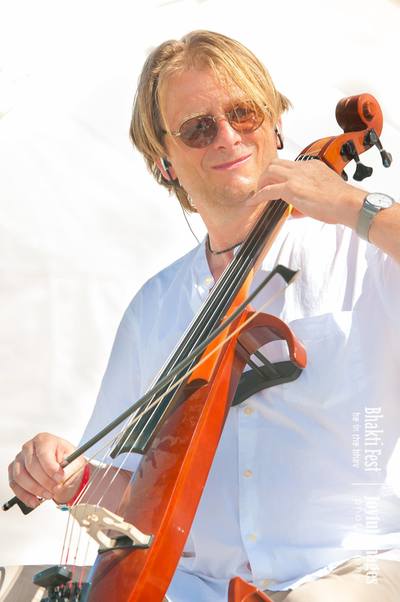 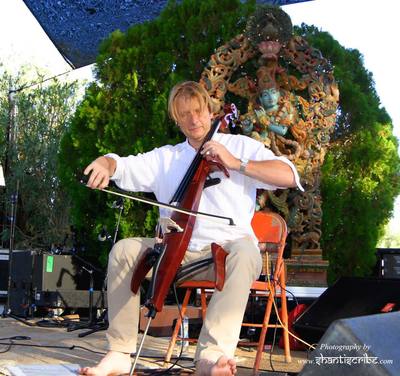